Welp, it's time for my very first review. For today, I'm going to be covering the PEAK of animation. Disney, Pixar, Studio Ghibli, and all those others are TRASH compared to the animation titan that is Dingo Pictures! Just look at these amazing characters!

OK but for real, Dingo Pictures is the best example of a "mockbuster" movie. A cheap, quickly made, piece of crap film made to confuse people into buying their movie instead of an actual good piece of media. But I've had 4 of these films in my own possesion for about uh... well I've had them since I was 4 so, I've had these for a LONG time now. My godfather gave them to me. I'm not joking when I say these are the best films I've ever had. They're just so funny and the history behind these films are so weird.

I won't get too into the history here but here's a wiki link if you want to do a deep dive. Basically, a husband and wife team decided to bless the world with their movies and bless us they did. We got amazing stuff such as Toys Rooms which is a very original movie.

And who could forget their classic movie: Nice Cats! Now you may have noticed that I said I had 4 of these movies. These films right here are the 3 I currently have, but I sadly lost the 4th one which I lovingly call: The Prince of Egypt Ripoff. Now theres copies of this movie online and I do look forward to eventually buying it for like 50 bucks off Ebay. You may be asking "Scoot, why the hell would you go and buy a shitty film for 50 dollars? Are you ok? Is a gun being held to your head?" 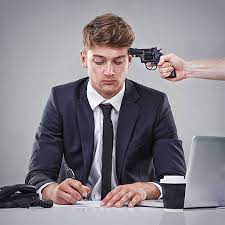 "Buy that damn cartoon or ELSE!"

OK, OK, let me explain. When I was little I was a dumb toddler who watched this Prince of Egypt Ripoff CONSTANTLY. If I wasn't watching Powerpuff Girls or Spongebob, I was watching this. Now, the distrubutors of these dvds would also put other shorts on them and in the American dvd realease for this Prince of Egypt dub, there was this horrifying stop-motion animation about this creepy little doll. Now I've always hated dolls, so seeing this as a 4 year old nearly scared me to tears. I know that sounds like a bad creepypasta but hopefully one day I can find that short and share it here.

Anyways! This is ,again, my FIRST review. It may be the only one I make idk. I'm hoping this sets up a foundation of what type of conent I want to put on this site. Whatever happens, this was pretty fun to make :)